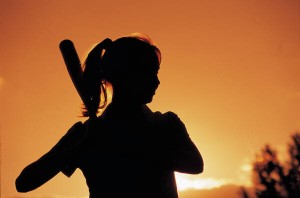 When you talk to agents or publishers about switching genres it’s usually met with jaws dropping, heads shaking and anything from mild disapproval to screams of “No!”

So why is it that switching genres can produce such a strong reaction? You’d think you were announcing to your family that you were switching teams. (If you’re a Seinfeld fan you’ll be following my analogy, but if you’re a little lost, here’s the missing piece of the puzzle: the characters in Seinfeld used to talk about people “batting for the other team”, which meant they were gay rather than heterosexual. And, as you’ve probably guessed, switching teams means changing sexual orientation.) So….

Why does something as seemingly small and insignificant as switching genres produce a jaw-dropping reaction? I mean, it’s just a genre, right? A story is a story. Right? Well, it’s actually more complex than that.

At this point, I should come clean. I’m a chronic genre switcher. (Although you wouldn’t know it by looking at my published novels – on the surface I appear to be a mystery novelist firmly entrenched in the police procedural/forensic thriller zone.) However, I DO believe a story is a story and I often get story ideas for a range of genres. For example, before getting published I wrote two children’s fantasy novels (which remain unpublished). Then for my third book I was deciding between three different ideas, all in different genres! I had one crime fiction, one action/espionage thriller and one mainstream women’s fiction. In the end, as you may have guessed, I chose the crime fiction story and wrote what became my first published novel, Body Count.

But the other novels and ideas have stayed with me, as well as new ideas. Another example…I’m a bit of a closet vampire fiction fan (I know, big confession) and after I’d written three Sophie books I wanted to write a vampire fiction book. But my agent convinced me to stay focused on crime, and Sophie. Why upset the apple cart?

What about my first two children’s books? People often assume it would be easy to get them published now that I’m a published author. To a certain extent the first books an author writes tend to be learning experiences, a way for them to refine their craft. Having said that, I still believe in one of my children’s books; I believe the writing is good enough. Problem is, it’s a different genre. Publishers and agents think of an author’s name as a brand. Promote the brand and keep the brand ‘strong’ by ensuring the author’s name is synonymous with a certain type of book. ‘P.D. Martin’ is crime fiction/mysteries/thrillers. And obviously I wouldn’t want to bring out a children’s novel under the same name anyway because I definitely wouldn’t want 8-12 year olds who enjoyed my fantasy novels to pick up one of my crime books!

So why not publish under a different name? It’s all about time and focus. After all, if you go and write a romance novel or a children’s fantasy series, that’s going to take time away from the mysteries, right? Basically, your agent and publisher(s) try to convince you to focus on writing in your current genre and at least one book a year. It seems that’s the magical formula in publishing. Of course, genre hopping can be more easily done if you can write two books a year – then you’d still be bringing out one book a year in each series.

I’ve scrapped the children’s fantasy novels, at least for now. But I still want/wanted to do something different. After five Sophie novels and one ebook novella, I went back to my action thriller idea and I’ve just finished writing that book.  While it is very different to my Sophie Anderson series, crime fiction and action thrillers aren’t SO different that my new one couldn’t be a ‘P.D. Martin book’. At least, I think it’s okay.

Of course, there are authors who have successfully crossed the divide. One that comes to mind is Nora Roberts. She started off with straight romance novels and then moved on to romantic suspense, writing as J.D. Robb. Although, interestingly, the books bear both of her names, with the byline “Nora Roberts writing as J.D. Robb”. I also noticed from Wikipedia that she’d always wanted to write romantic suspense but was persuaded by her agent to stay focused on romance until she built a following. In fact, it was over 10 years before she finally got her wish to write romantic suspense and it was partly in response to her prolific output.

Scottish author Val McDermid also has a series she writes under V.L. McDermid. However, the rationale is not genre-based because all her books are mysteries. Rather, her V.L. books feature a lesbian protagonist (batting for the other team), while her Val books are considered more ‘mainstream’.

Murderati’s own Tess Gerritsen is another example of an author who successfully switched genres. She started with romantic thrillers and then moved to medical thrillers, then crime thrillers. Interestingly, she HAS written all her novels using the same name and said when she changed from romantic thrillers to medical thrillers she considered releasing them under a different name but ultimately decided against it. Tess sees advantages and disadvantages. When she switched genres, she felt that she’d built up an audience and didn’t want to lose them. However, she says the romance novels continue to annoy her purist thriller readers. “But in the long run, I think it’s been good for sales,” Tess said.

Another author who’s shifted genres but all within the same ‘brand’/same name is Philippa Gregory. Probably most well known for historical fiction she’s also written thrillers and her Amazon bio describes her as the pioneer of “fictional biography”. The Other Boleyn Girl is a well-known example.

I guess these genre-switchers are good news for me…especially given the book I’ve just started working on is best described as a “mainstream women’s fiction”. I know, something different again! (Please don’t shake your head at me.)

Unfortunately my agent passed away late last year and I’m currently on the hunt for a new agent. This means I don’t have anyone to berate me for switching genres or to warn me against it. A new found freedom? But will querying with an action thriller and a work in progress of a women’s fiction make it harder for me to find a new agent? Only time will tell. And maybe I should be on the lookout for an agent who’s also open to children’s fantasy – just to really get their jaws dropping and heads shaking. Come on, people…I’m switching genres, not teams

So do you like your authors to keep their genres straight up? And the writers out there…are you closet genre-switchers like me?