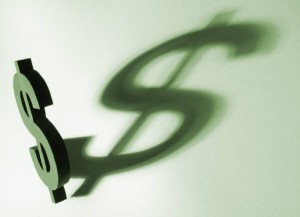 A very short blog today, mostly because it’s a small but important subject!

We’re very lucky here in Australia to have a government-run system called lending rights. Each time someone borrows one of my books from a library, the borrow is logged and once a year those borrows are tallied up and I get a cheque in the mail. Nice, huh?

Sure, it’s not like we’re talking a huge payday, but when you’re an author, any cheque is good…welcome, needed…and cashed at the bank within 24 hours.

I got my most recent PLR and ELR payment fairly recently, as it’s in line with our financial tax year (which for some unknown reason is 1 July to 30 June).

So, I’d like to says thanks to the Aussie Government, and to the library borrowers out there. Sure, it’s a lot less $ per book than what I’d get from a sale, but every little bit helps. And it’s also increasing my reader base, which is a good thing for every author.

I wanted to talk about the wonderful weekend I just had in South Australia for the Salisbury Writers’ Festival. I think all readers and writers can agree that writers’ festivals are fantastic.

For readers they offer an insight into the writing life and their favourite authors (and characters), and for authors they’re an opportunity to meet fellow authors, meet readers, and generally get out of the cocoon that often surrounds the writing process.

Salisbury Writers’ Festival was no exception!

It’s a smaller festival, one that’s run by a local council about twenty kilometres outside of Adelaide city centre, with many of the attendees being aspiring writers. Whether it’s despite its size or because of its size the event is run incredibly well and I had a ball.

I was lucky enough to be involved in four events over a three-day period. First off, was my keynote address on Friday night. My topic was “The Brave New World for Readers and Authors”. One guess what that focused on! It’s interesting, because here in Australia market penetration of e-readers is very poor. Stats are hard to come by, but when I asked members of the 170-strong attendees if they owned a dedicated e-reader, only about eight hands went up. Like I said, e-readers still aren’t big here, and so part of my address was really about the basics – what an e-reader is, what brands are available in Australia and some of the features. I think they’re like many new technologies, in that people are hesitant to jump on board, especially with something that’s new, something that they don’t see or hear much about. And that’s the case with e-readers here in Australia.

In terms of the author side of things, I talked about the self-publishing revolution that’s been happening in the industry and mentioned some of the bigger success stories, such as JA Konrath and Amanda Hocking. During my research I found a quote from JA Konrath that I absolutely LOVED. He was quoted in a USA Today article as saying: “Traditional publishers are just serving drinks on the Titanic.” Man, I love that quote! So much so, that I wanted to share it here in case you haven’t heard it before.

Then, on Saturday I was on two panels, one titled Pathways to Success, which had four of us sharing our experiences of getting published. Dan McGuiness, who writes graphic novels aimed at 8-12 yro boys, had a very interesting success story. Basically, he went to a pub one night that was an ‘arty’ pub with readings and the like, and showed a woman his drawings. She asked if he could write a book in that style, and he said “sure”. That woman was an editor at Scholastic and she signed him up for his Pilot and Huxley series. Not many authors find success walking into a pub and it definitely makes for one hell of a good story!

I also stood in for a sick panellist for “Pathways to the Future”, and as you’d expect the discussion centred around ebooks, social networking, blogging, etc. It was a lively discussion with one blogger/author, one publisher, a digital publishing expert and little old me.

Although there were other very interesting events on for the rest of the day, the conversation we’d started at the panel was so interesting we continued it over coffee. That’s one of the things I love about writers’ festivals – meeting other writers and people in the publishing industry and just hanging out.

My weekend dance card finished with a master class that I ran from 9.30-3pm on Sunday. My aim when I run any sort of class is to give attendees information about the writing craft that I feel would have helped me get published sooner, if only I’d discovered these pearls of wisdom a couple of years earlier. I think everyone enjoyed the class.

There’s also something kind of nice about staying in a hotel, especially if you don’t tend to travel much for work. So at night I was able to kick back, read a bit on my Kindle and watch a bit of TV. Nice.

I eat those phrases up for breakfast! (Sorry, I know that’s way too many exclamation marks, not to mention clichés, but they need to be there.)

I’ve also been lucky enough that I’ve never really suffered from ‘writer’s block’. In fact, the hard-ass part of me says writer’s block is self-indulgent. Now, I’ve probably got loads of readers (well, the authors) up in arms at this point. I know there will be lots of people who disagree about writer’s block.

The thing is, I’m not saying there aren’t days (or even weeks) when writing seems harder than normal—sometimes WAY harder. But, I’m a practical kind of girl, so I either write through it (eventually it starts flowing again) and edit later, or sometimes I move projects all together. That way, I’m at least writing. Besides, at this point I know I can finish a novel, so it’s not like I’m going to wind up with loads of unfinished manuscripts. It’s just a temporary focus shift.

I did this earlier this year. My plan for 2012 was to finish my mainstream drama novel and then while I was querying agents, I’d work on my Pippa Dee novels as part of my ebook strategy. But after I sent my mainstream novel to Beta readers, there was one problem I simply couldn’t decide how to solve. There was one character who everyone disliked. But what to do with her?

So I guess that was kind of writer’s block, but it didn’t feel like it because I decided to move on to my Pippa Dee novels while I waited out the decision. I could let it tick over in my subconscious. No way was I going to let it interfere with my productivity. Told you I was practical.

So I focused on The Wanderer and Grounded Spirits and once they were finished and up on Amazon, I moved back to Crossroads and Deadends. Two weeks ago I finally finished the editing process and started querying agents. Remember my blog on the writer’s rollercoaster?

Anyway, obviously the querying process has taken up a chunk of time over the past two weeks, but I still feel extremely unproductive. And I’ve been bringing out the big guns, internally telling myself to:

But, to no avail. Well, not much at least.

However, it’s not writer’s block. In fact, when I do spend time on my current work in progress (the follow-on to The Wanderer) it flows very easily and I’m excited by it. But for some reason I’ve really been letting the distractions rule these past two weeks. Facebook, emails, scheduling Amazon freebies, and who knows what else? Where have the days gone?

And there have also been some days, when I haven’t felt like writing or trying to write at all. I mean, the rest of this year I’ve been eating lunch at my desk to maximise my work time. Seriously! With Grace starting school in February this year and my shift to ebooks, this has been my year for working hard.

So what’s going on? Where’s my bad-ass writer gone?

I think part of the problem is when I finished Crossroads and Deadends I was conflicted about what to work on next. My 2012 ‘project plan’ says next in line is The Guardian Arises, book 2 in my Wanderer and Guardian trilogy under Pippa Dee. Problem is, sales of The Wanderer and Grounded Spirits have been such a small percentage of the sales of my PD Martin stuff, that I’ve realised that middle grade/YA fantasy novels aren’t the most popular ebooks. So, from a financial point of view, I probably should work on the follow-up to Hell’s Fury, but that book will take me about six months to write, whereas I reckon I can write The Guardian Arises in six weeks, especially because I’m already 20,000 words in and it’s officially middle grade so will probably be around 50,000 words.

Something’s gotta give.  I think maybe the answer for me is to go away for a couple of days without internet. That’d sort me out!