The fluidity of time 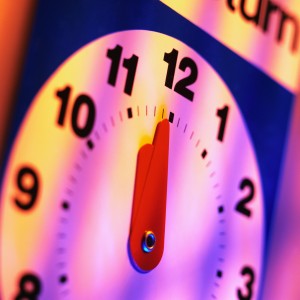 I’ve been thinking a lot recently about time. Specifically, the passing of time. I remember when I was a little kid and all the grown-ups used to say things to me like “Wait until you’re older…time goes so fast then.” Of course, at that age I had no real concept of time. An hour’s drive seemed like an eternity.

Now, as the mother of two little ones (aged 6 and 2) I find myself completely blown away by how fast time is moving. It’s the little things…like I’ll catch up with someone I haven’t seen for a while and in my head it’s been a couple of months, but then I realise it’s actually been six months, or even longer. Or suddenly it’s 30 June (end of financial year here in Australia) and I think ‘How did that happen?’ (On the plus side, it also means we’ve past the shortest day of the year and I definitely prefer the longer days of sunlight.) These are some of the little things that make me wonder where the time has gone.

Then there are the big things. Like the fact that Grace is six (and a half) years old and I just can’t believe how quickly those six years have gone by. Can she really be in Grade 1 already?

I also find with time, you can imagine things if you have a reference point. In some ways, Liam going to school seems so far away (2017)…but I know how quickly the years with Grace went, from toddler to starting school, so I’m sure the next couple of years will go that quickly, too. So I CAN imagine Liam starting school. I know it will fly by and I’m prepared for it.

But when Liam starts school, Grace will be in Grade 5. And that seems impossible to me…no point of reference, I guess. I’m yet to experience a child moving from 6 to 10.

For that matter, when did I ‘jump’ from being in my thirties to my forties? Yes, I know I can pinpoint the exact day it happened, yet at times it’s hard to believe I’m now in my forties. Know what I mean?

Again, I think back to being told as a child that as you get older time goes faster. But boy, this is intense! Or maybe it’s just me. Maybe I’m stuck in my imagination, in one of the worlds I create, so much that my sense of time passing is as warped (in the opposite direction) as a child’s.

I know that each tick of the clock is a second, each time the sun rises and sets is a day. Time is constant, fixed. Yet it doesn’t feel that way. To me, time often feels more like a moving target, something that bends and twists. It almost feels fluid. And just when I think I have a concept of it, I find out that it wasn’t three weeks ago that xyz happened…it was three months ago. Fluid.