My Murderati blog from Sunday 29 May…

Today I’m starting my research series. Once a month (i.e. every second blog of mine) I’m going to blog about some of the weird and wonderful research I’ve done in the name of crime fiction. From real-life vampires (today) to gurus and lock-picking… you’ll discover it all here! 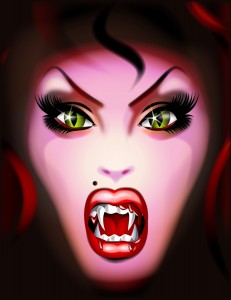 So, vampires…seriously. And I should point out I did blog about some of this stuff when my fifth novel, Kiss of Death, first came out, but I don’t think any of you Murderati gang would have come across it. If so, please excuse the duplication.

It’s certainly hard to ignore the global phenomenon of vampires, with vampires definitely ‘in’. While Buffy the Vampire Slayer had a devoted following from 1996 to 2003 (including me), it was more of a cult following – nothing like the mainstream stars of the vampire world today. Many bookstores now have whole stands devoted to vampire books, and then there are TV shows like True Blood and Vampire Diaries and the book-to-movie success of Twilight. These creatures of the night are, of course, fictitious…or are they?

What the average Twilight-devotee may not realise, is that there are people who really believe they are vampires. I’m not talking about people who dress-up like vampires; nor am I referring to individuals who think they’re nightwalkers and can only be killed by a stake to the heart. Rather, what I’ll call ‘real-life vampires’ are people who genuinely believe they need to feed on other people’s energy to survive, usually via a donor’s blood. These people have been studied to a certain degree by both the medical and psychological professions, although not in much detail.

So how did I stumble upon real-life vampires? It started as a concept for a crime fiction novel – imagine a victim drained of blood and a local cult of real-life vampires. Are they the killers? However, when I started the research I discovered my fictitious concept wasn’t so fictitious. Turns out LA has a thriving vampire scene – check out www.ladead.com or for the clubbing scene try www.barsinister.net. In my search for all things vampire, I interviewed a few vampires from different areas, including the US, the UK and Australia.

Russell from Sydney is a self-confessed vampire in his forties who describes vampirism as “the need for additional bio energy that the body cannot produce.” Merticus, who’s one of the co-founders of the Atlanta Vampire Alliance (AVA) says: “Vampires are generally individuals who cannot adequately sustain their own physical, mental, or spiritual wellbeing without the taking of blood or vital life force energy from other sources; often human.” 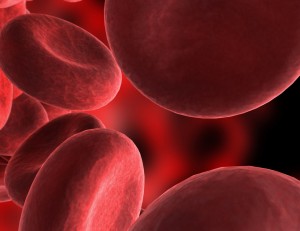 There are a few explanations currently put forward to explain claims of real-life vampirism. First off is the blood disorder porphyria, which is treated with haemoglobin, hence the connection to drinking blood. Not only do sufferers need blood, they are also sensitive to light, which gels perfectly with the vampire mythology. Problem is, if you drink blood it goes through the digestive tract and doesn’t enter the bloodstream. In other words, drinking blood wouldn’t alleviate porphyria symptoms. However many of the websites and forums I found suggested that real-life vampires are physiologically different, and have the ability to extract haemoglobin from the blood, even through the digestive process.

Then, there’s the psychological side of things and two major theories have emerged. The first is sexual sadism (vampire) coupled with sadomasochism (donor). By definition, sexual sadists derive pleasure from their partner’s or victim’s physical or psychological pain. Vampires are inflicting pain as they bite. Likewise, the donors could be seen as sadomasochists – people who need to feel pain to become sexually aroused.

The second psychological explanation for real-life vampirism is Renfield’s syndrome, named after Dracula’s insect-eating assistant Renfield. This psychological disorder is hypothesised to start with a key childhood event that leads the sufferer to find blood exciting. Blood and this sense of excitement is later linked to sexual arousal during adolescence, and into adulthood.

Of course, one simpler psychological explanation is that real-life vampires are suffering from delusions of grandeur. After all, mythological vampires are strong, powerful, perceived as sexy and almost invincible – pretty appealing, huh? Certainly the vampires interviewed in Carol Page’s Bloodlust: Conversations with real vampires came off as a little strange to say the least and delusional wouldn’t be too much of a stretch. In contrast, Merticus says of the vampire community he’s part of: “…the majority of our community are high-functioning, above average intelligence, sane, and rational members of society.”

In terms of the cause or reason for vampirism, the real-life vampires themselves are divided. Some say it’s physical, some say psychological, and some say it’s simply something you’re born with.

No matter how you explain real-life vampirism, the fact is these people really do exist. So, how does one become a real-life vampire? Unlike the vampires in fiction who are ‘turned’, real-life vampires talk about being ‘awakened’, usually as teenagers. There are lots of vampire dictionaries online, all with similar, if not identical definitions of awakening. In terms of the symptoms, the dictionaries talk about people preferring the night to the day and switching from nocturnal sleeping to diurnal sleeping. And, of course, developing “the thirst”, which refers to a thirst for blood and/or energy.

What happens if they don’t feed? Real-life vampires complain of headaches, stomach cramps and severe fatigue if they don’t feed, some even saying they’re unable to get out of bed in the morning. Russell’s in this camp: “If I do not regularly obtain energy I feel very drained and sometimes sick.” Others talk about severe mood swings and suggest they need other peoples’ energy to somehow balance out their own personality.

Are these people suffering from Renfield’s syndrome or poryphoria? Or perhaps they’re simply sexual sadists or delusional. Or is there some other, yet undiscovered explanation for individuals who experience a thirst for blood and other people’s energy?

At the end of the day it’s hard to know what the story really is with people who claim to be real-life vampires. Interestingly, my research did not reveal young Goth males obsessed with the vamp culture. Rather, I found older vampires who had nothing to do with the Goth scene. Research undertaken by the Vampirism and Energy Research Study backs this up, finding that 66% of the vampires who responded to the Study did NOT identify themselves as Goths and the average age was late twenties to early thirties.

There was, however, one thing that was unanimous on the forums I visited – they hate Twilight wannabes.

So, what are your thoughts on real-life vampires? Ever met any? Or maybe you are one.

And if you’re into book trailers, my bit of BSP (blatant self-promotion) is the book trailer below! Click at your own peril