Here’s my Murderati blog from 22 June. As part of my research series, this post focuses on the weird and wonderful research crime writers do in the name of good books!

Today, I want to look at some of the fascinating research I’ve conducted into cults (mostly for my fifth novel, Kiss of Death, although I’m also currently ghost writing a non-fiction book called Death in a Cult). In fact, I’ve got so much to say on this subject that I’ve broken the post into two parts! This first post will be a bit of an introduction and look at some of the psychology behind cult members. Then, next post I’ll focus on gurus.

The word cult immediately rings alarm bells for most people – we think of Charles Manson and his murderous followers, of Jim Jones and the estimated nine hundred and seventeen members who died with him at Jonestown, of David Koresh and Waco and of the Tokyo subway poisoning by Aum. In fact the word “cult” has got so many negative connotations that cults themselves want to disown the term. And who wouldn’t when it paints a modern-day group with the same brush as Charles Manson, Jonestown and Waco?

So what is a cult? The Random House dictionary has several definitions – from the more neutral ‘a particular system of religious worship’ to the negative ‘a religion or sect considered to be false, unorthodox, or extremist, with members often living outside of conventional society under the direction of a charismatic leader’. 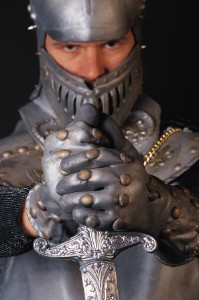 By these definitions, cults have been around for thousands of years. For example, some hunter-gatherer tribes had a cult-like belief system and structure with the shaman as guru; the Assyrians around 880BC have been described as a tree-worshiping cult; and let’s not forget the recently revived Knights Templar and Opus Dei, which can easily be described as cults.

In the past few decades our understanding and tolerance of cults has increased, largely due to the many studies in this area. Scholars such as sociologists and psychologists have studied cults, cult members and their leaders. These scholars generally use the more politically correct term of new religious movements or NRMs for short.

It should also be noted that the bad wrap cults have is largely due to destructive cults. And while it’s these cults we tend to hear about in the media, there are thousands and thousands of other cults that simply go about their business.

People outside cults/NRMs often wonder what sort of person is attracted to a cult. In fact, many people believe that cult members are somehow mentally unstable, depressive or simply weak. Psychologists have studied members, cults and their leaders (gurus) looking for patterns and commonalities. And some of the recent studies have revealed some distinctive personality traits in members and ex-members of NRMs. For example, a 2008 Belgium study looked at ex-members of NRMs and compared them to the general population and to current members of NRMs on certain self-reported personality traits. The study, conducted by Coralie Buxant and Vassilis Saroglou, identified four main areas of vulnerability: insecure attachment to parental figures during childhood; limited social relationships; negative life events; and a higher need for order. The negative life events were traumas such as the death of a loved one, marriage break up, major life-threatening illness, bankruptcy, etc.

Other research has found that people who join new religious movements often share characteristics such as: a sense of not belonging during childhood and adulthood; identity confusion or crisis; alienation from family; feelings of powerlessness; a recent psychological stressor; low self-esteem; and social anxiety. Notice the cross-overs from the list above.

History has shown us that cults certainly can be dangerous – but many cults are harmless.

Deciding whether a cult is dangerous – and how to deal with it – generally falls into the hands of law enforcement. In a 2000 article for the FBI Law Enforcement Bulletin, experts identify risk factors, neutral factors and positive or protective factors within NRMs. 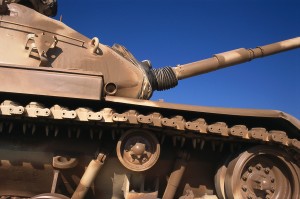 And while some of these risk factors are obvious — it’s common sense that any group stockpiling weapons (or purchasing a tank like the one above!) is potentially dangerous — other factors are not as readily identified by the general public. However, it makes sense that if a guru is very specific, for example claiming the world will come to an end on a certain date, that they may plan a mass suicide of their followers before or on that date in ‘preparation’ for the coming Armageddon.

The FBI article is also quick to point out that just because an NRM has one or more of these risk factors, it doesn’t mean the group’s about to implode (suicide) or explode (committing violence against the public or law enforcement).

The authors also stress that a dynamic or situation that we may think is strange or dangerous, isn’t necessarily so. The neutral factors identified are: members offer absolute and unquestioning adherence to their leader and the belief system; the group physically segregates itself from others; and members adopt unfamiliar customs or rituals (i.e. diet, dress, language, etc.). In fact, these three factors are often present in all NRMs.

The law-enforcement experts also talk about “protective” factors – factors that will make a cult less likely to be violent. These factors are: members taking practical steps to plan for the future; and the group adopting routines and administrative processes (e.g. transcribing teachings and disseminating information about their group to others).

So, that’s it for cults and me today. I hope you were glued to the page/computer just like I was when I was reading these research materials!