Anatomy of a PhD – the research proposal, part 2 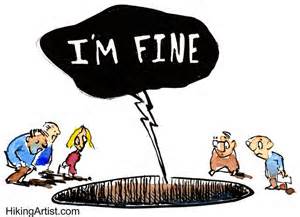 Now onto the third instalment of my PhD series…also in retrospect! This blog finishes off my look at the research proposal.

In my last blog I compared this first research component to ‘drowning in language’, ‘time for yet another research topic/focus change’ or more simply ‘OMG’. When we left off I was faced with the reality of probably ditching my current research topic completely and starting from scratch. And that’s what I did.

“Literary” crime did seem to represent a good area for further research. What makes a novel “literary” anyway and who decides? You might think a novel either is or isn’t literary (with a capital L), but it’s not that simple. I waded in, and this is where I got to the language issues.  Why does academic language have to be so…academic?!!! At this stage, I started to doubt my ability to get my head around some of the issues. Was I just dumber than I realised?

I read Mikhail Bakhtin’s The Dialogical Imagination and for chunks of it was left with not much more than WTF?  But I kept going, wading deeper and deeper into the abyss of literary theory, the history of literature, aesthetic pleasure, the Frankfurt School and mass culture.  The history of crime fiction, including detailed analysis of more literary-styled crime novels like The Maltese Falcon, Chandler’s novels, Umberto Eco, Paul Auster’s The New York Trilogy. I crammed a lot of research into those few months (like most PhD students!).  In the end, I had a non-exhaustive and historically defined ‘list’ of some of the elements that make up “the literary”. I won’t go into detail here, but I think it’s useful and hopefully interesting to at least mention them:

I’m not saying I agree with all of these (far from it), but they are areas for research. Lots of options…too many options. With only 20,000 words for my exegesis (research component) I had to narrow it down. So, I decided to focus on five elements — the role of characterisation compared to narrative form; Bakhtin’s concept of heteroglossia and double-voiced discourse; socio-political critique; voice, language and style; and external evaluation (e.g. literary prizes).  And to support my analysis of these characteristics, I will be examining four crime novels that have some literary elements Peter Temple’s Truth, Martin Amis’s Night Train, Benjamin Black’s Christine Falls and Gillian Flynn’s Gone Girl.   Still a lot to wrestle into 20,000 words so I may end up cutting it even more down the track.

I presented all this at my school’s postgraduate conference in June and submitted my final proposal (and the other accompanying documentation) two weeks before my 1 August deadline. Yay! And it’s been accepted! Double yay.

So what now? Well, now it’s onto the creative component for the next twelve months. I can sit back and relax…well, it will be relaxed for me because I’m back in the zone I know, writing a novel (novella). However, the writing style will be very different to what I’ve done in the past, so it will be more challenging than my ‘normal’ time-to-write-a-book phase.

I know I’m only six months in, but so far this PhD is the best thing I’ve done in my career. I love it!