The life of a hitman

A while ago I started a research series on Murderati and somehow it fell by the wayside. Sorry! But I’m back on the research front with today’s blog, this time focusing on some research I did into professional hitmen.

Note: In nearly all the known cases of contract killers the gender of the killer is male. It doesn’t mean a woman can’t be a hitperson, it’s just much, much less likely.

An article I found in the Journal of Forensic Sciences classifies three types of hitmen: amateur, semi-professional and professional. The amateur ones are probably best characterised as the career criminal or drug addict who takes a few hundred bucks to knock off someone’s wife or husband. Planning levels are low and often these amateurs stuff up the job and/or get caught.

But then we have the upper, upper echelon. I uncovered one research study on this type of contract killer, but the number of subjects was extremely low (five killers, all male and covering a large age range). One assumes that the people who practice in the upper echelons of contract killing simply don’t get caught. In the US in 2008, there were 200 murders that were either known or believed to be carried out for money. Of those, 82 were solved and fall into the amateur or semi-professional categories, leaving 118 unsolved. That’s a lot of unsolved contract kills. And how many killers were there? It’s possible there were a handful of busy killers, or fifty or so averaging two jobs a year. Who knows?

The professional hitman (which my research was focused on) is highly organised and plans the kill methodically. He (or very rarely she) is often employed by organised crime and the target is usually a criminal and often someone within organised crime. There is little to no physical evidence left at the scene.

In terms of this type of contract killer’s personality, they see what they do as a job-strictly business. There’s no psychological or emotional need to kill; in their minds, it’s simply a way of living. However, it’s been found that some contract killers see themselves as doing the ‘work of God’, stepping in where the justice system fails. Either way, these individuals are capable of complete compartmentalisation and so it’s possible that they’re married with children and successfully living a double life.

In the small sample study of five contract killers, they also tested IQ. They ranged from 95 to 115, with the average being 108. However, most of them functioned above their overall intelligence and this was because they had highly developed analytical and organisational skills, plus extremely well-developed social skills.

Most of them are highly methodical with an overdeveloped sense of discipline and many have served time in the military. They do ‘stalk’ their victims but it’s purely for functional reasons, to get to know their routines and to find the best place to kill them. The contract killer feels no bonds or ties to the victims, and as a professional killer, it’s also unlikely he’ll feel any remorse.

How to be a hitman…really? 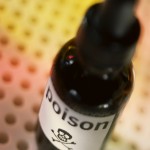 One of the weirdest (and funniest) things I ran across during my research was a book calledHit Man: A Technical Manual for Independent Contractors. The book was initially published in 1983 by Paladin Press. However, in 1993 a triple homicide was committed by a man who said he’d used the book. The victims’ family sued Paladin Press and in 1999 the case was settled and the book was officially pulled off the market. Of course, it popped up online the next day!

The book details things like: mental and physical preparations; equipment needed; how to make a disposable silencer; different killing methods; surveillance; planning the kill; finding jobs; how much to charge; how to get it right; controlling the situation; and enjoying the fruits of the life of a contract killer. Bizarre, right?

I actually often read out a section at my talks about women. I won’t repeat it here for copyright reasons but I can give you the general gist of it – it my own words. The section reads as a warning against women. I guess you’d call it a back-handed compliment for women, because it says we can be great contract killers but the reasons given are our deceitful natures and because we’re so vicious! It then goes on to say that luckily women are taken off the street because of our nesting instinct…and then we’re busy with babies, laundry and housework. Hard to believe the book was written in 1983 and not 1953 with comments like that.

Merry Christmas
Lastly, I wanted to wish everyone a Merry Christmas. We’ll be celebrating Christmas Day out the back, eating seafood and basking in the Aussie sun – the forecast is for 30C (86F).  And have you heard the Aussie Jingle Bells? My 5yro was taught this at pre-school…although it’s probably cuter when it’s sung by 4-5yros.